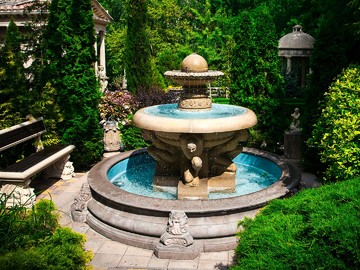 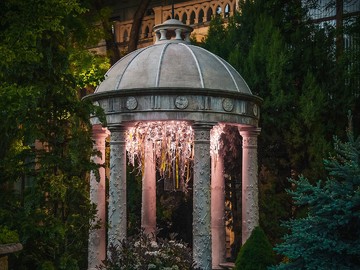 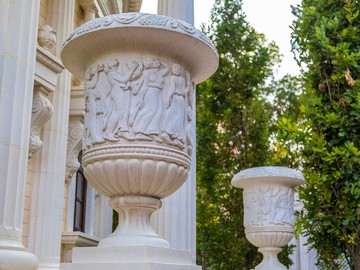 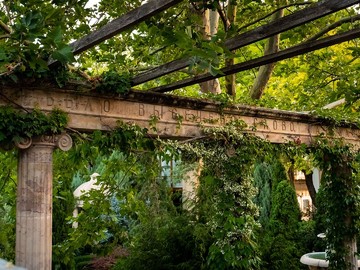 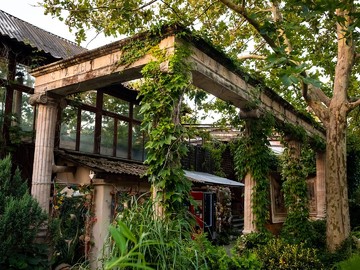 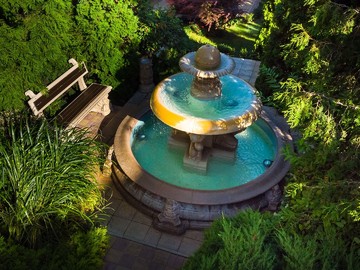 As an architectural style, classicism was formed in the age of the European Enlightenment. Along with it, the first European parks appeared and they became popular among the nobility. In parallel with parks, their main attributes were formed – fountains, arbors, benches, flowerpots, park sculpture and impressive exotic landscaping. The smoothness of the lawns and the geometry of the bushes, cut trees and flower beds – everything took on aesthetic forms and created a harmonious integrity.

The eternal desire of a man to combine architecture and living nature was implemented in park designing. After all, the park is a harmonious combination of different elements where a human exists.

This is an old dream of a coveted corner, paradise, where there is no place for sorrow. Trees, greenery and flowers, water and stones, the hearth as a symbol of taming the fire is the very space where a person wants to be, where he feels comfortable.

The classicism in our Park is most vividly expressed by such element of landscape design as the colonnade built here for the sake of two philosophical phrases: “The moment when a word was carved on the stone, the History began” - this saying can be considered as an entry into a certain avenue of civilizations, which, in fact, the whole Stariy Park represents.

The second inscription consists of two independent proverbial phrases. However, put in a row, they acquire a special meaning: “Even the gods cannot change the past... But history repeats itself”.

Everything is informative here – a combination of materials, the color, the line, the shape... And yet the main thing in the classical park is not the informative, but the emotional perception of space, the feeling of calm and the “sense of the moment”, the principle of “here and now”.

A rotunda-arbor can be a symbol and a key figure of each park.