Advertisement of the plays of the Stariy Park Theater

A ticket to the Stariy Park Theater entitles you to a free entrance to the cultural center "The Stariy Park" on the day of performance. 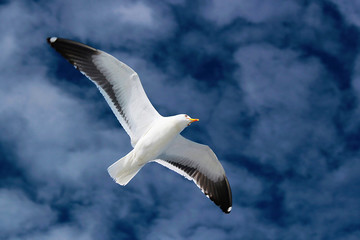 A Family Performance «A bird»

Production of Egog Klopenko’s Theatre (St. Petersburg).
An affecting fairy-tale from the author of intellectual adult prose told by the language of the modern theatre.
More

A Family Performance «A bird»

The actors bring to the stage plastic images which are interlacing with literary narration and video sequence.

The plot combines the story of a legendary actor and the story of an ordinary person, the destiny of a bird, dream and reality. And the main thing — a sincere feeling of human compassion and human kindness, originates from this all. 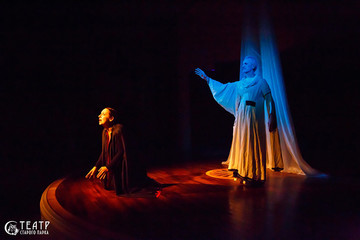 In 2017 «The Divine Comedy» performance won the first prize of international theatrical festival Stars of the Albion held in London.

The production is unlike a usual theatre. It is full of expressive plastic images and Dante’s profound texts which create a special theatrical atmosphere.

Two men personify the surreal world of one of the most mystic literary works on the stage: a legendary mime Igor Lamba (famous for his work with “Litsedei”, “Derevo”, “ODDdance” theatres) and St. Petersburg dramatic actress Marianna Semenova. 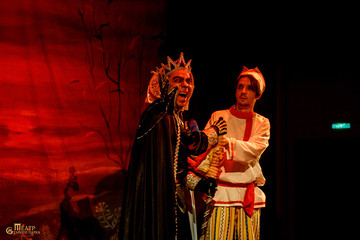 A fairy-tale «The Tsarevich Ivan and the Grey Wolf»

A fairy-tale «The Tsarevich Ivan and the Grey Wolf»

A musical «Puss in Boots»

A musical «Puss in Boots»

A musical fairy-tale based on the same name fairy-tale of Ch. Perrault. Incredible adventures of the Puss, Marquis and Princess! 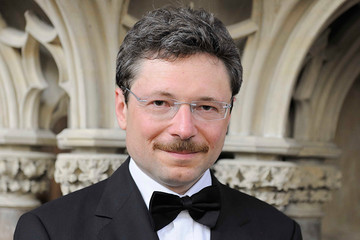 Thomash Adam is a laureate of numerous international organ contests, a principal organ player of St. Lambert Church in Munster, a professor of Higher school of music in Detmold. 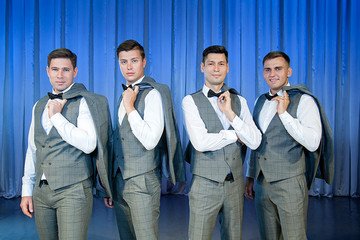 The artists don’t have genre limits: there are various musical compositions of local and international celebrities, arias from operas and operettas in their repertoire. 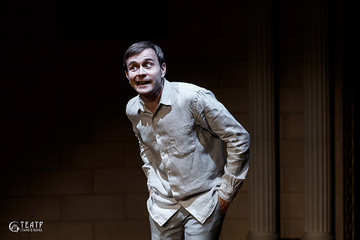 From the point of view of a corn pone. An Auction Performance.

Performer: Pavel Mikhailov — an actor, a director, a producer (Moscow).
Duration: 1 hour 40 min and till the last lot.
More

From the point of view of a corn pone. An Auction Performance.

Everything that you’ll hear was written 120 years ago in America by stand-up discoverer Mark Twain. When you hear it you’ll understand that nothing has changed for this time. His satiric stories are full of perfect humour close to Charlie Chaplin and Walt Disney. Each story is an Ode to one of human virtues, which list was made up by honorable Benjamin Franklin, the father of the USA, who is portrayed on 100-dollar bill. During the performance for a relatively small sum of money you can acquire the fear of God, mercy, restraint and a corn pone, of course. 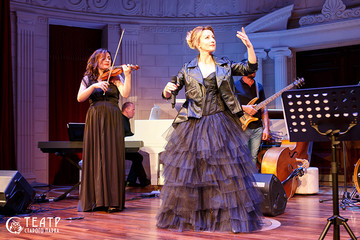 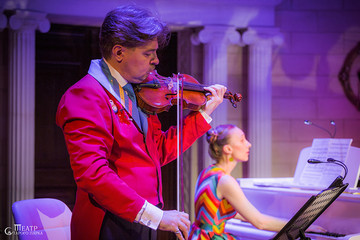 A concert for St. Valentine’s Day. «The elixir of love»

A concert for St. Valentine’s Day. «The elixir of love» 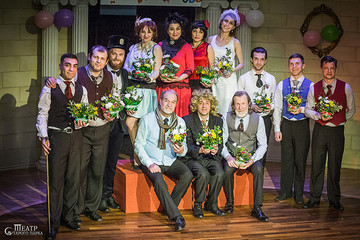 A comedy based on plays of M. Zoshchenko and I. Ilf and E. Petrov.
Starring: the actors of Dream Black Theatre (Krasnodar).
More

The performance will show two stories at the same time. The first part will unfold under the conductor’s baton of the main Russian satirist Zoshchenko and his play «Wedding», followed by «Strong Feelng» by Ilf and Petrov.

Duration: 2 act 40 minutes each (with the interval). 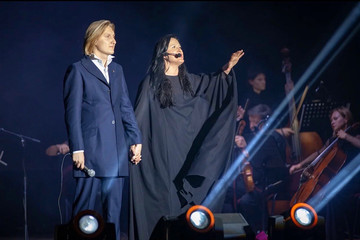 A Performance. «A Conversation»

Musical and poetic one-man production in two persons.
Performers: Maxim Pavlov, a composer, a singer, an actor (Moscow) and Yulia Bond, a poet and the author of the play (Krasnodar).
More

A Performance. «A Conversation»

A usual rehearsal turns into a conversation of two.. A conversation on "sensitive issues" which are usually delicately got around by everybody. Two human beings — a man and a woman, who became a single whole for a long period of co-working — have to part and go his and her own way in life as each of them has his/her own destiny and it’s too late to change anything. When love is helpless it’s time for poetry and music… 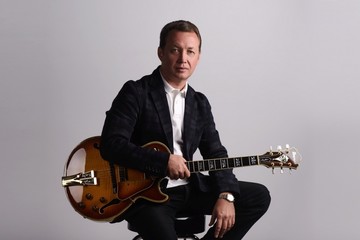 Sergei Korenev is a Project manager, a founder of Novorossiysk jazz-club.
A special guest: Irina Babicheva, a jazz singer, a laureate of international contests (city of Krasnodar).
1000-1500 руб. rub.
12+ 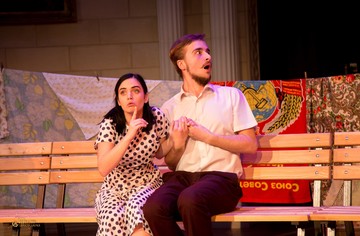 Starring: Actors of Balagan theatre (the Donetsk People's Republic).
The subjects of scenes are different but they all are combined by the spirit of our unique Soviet-era past.
More

Mix of productions based on stories of the famous author shows an amazing period of Soviet times in all its glory: love and cheating in bedsits, sophisticated courting the ladies in a snack bar. The stories about true-hearted and in spite of everything devoted wives who forgive their husbands the most painful offences.

None of the darkest periods of our history, including The Great Patriotic War, was neglected. The subjects of scenes are different but they all are combined by the spirit of our unique Soviet-era past. 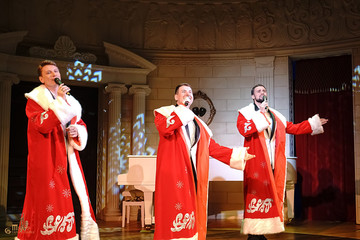 In the program: classic and world hits.
Duration: 2 sections of 40 minutes each.
More

The LARGO art group is a trio. Soloists of the choir of the Krasnodar Territory underthe leadership of the People's Artist of Russia Oleg Gazmanov, winners of TV show “Battle of the Choirs” on Russia1 TV channel, participants of the project “Our way out ”, TV channel Russia 1. Laureates of the All-Russian and International contests and festivals. 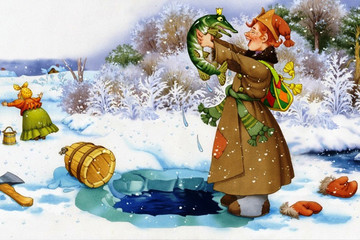 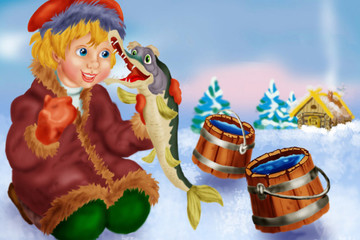 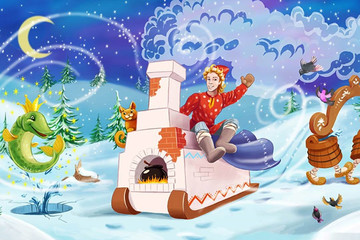 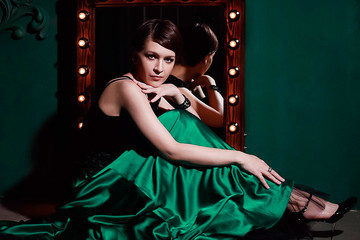 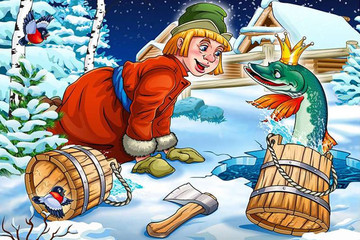 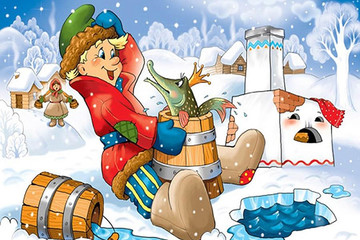 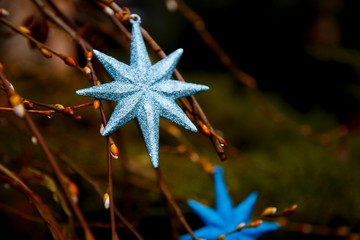 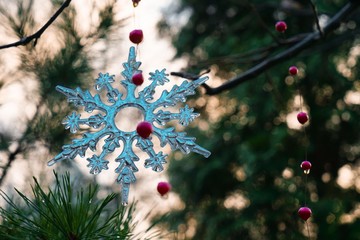 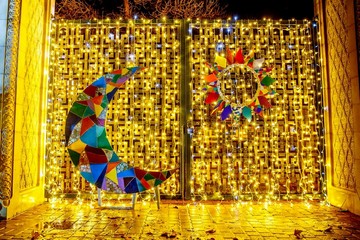 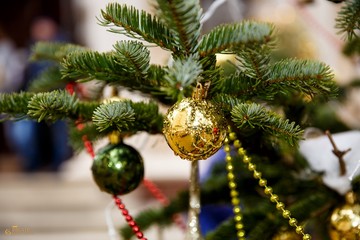